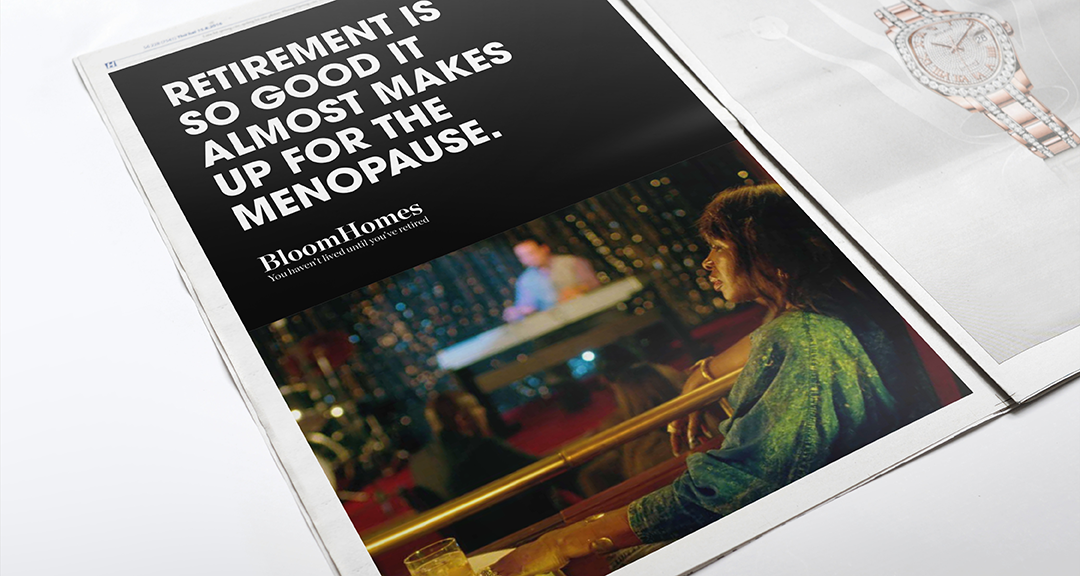 Today, people are coming to the realisation that the way we’ve aged since the mid-20th century needs to change. The baby boomers see their parents moving into nursing homes, and they realise that these are the worst places on the planet.

It’s a model that the first wave of Baby Boomers wants to avoid, for themselves and their parents. Less than 25% of British adults would consider moving to a care home if they become frail in old age.

Not only does the product have to change but the marketing needs to take giant leaps if retirement homes want to connect with the next wave – the baby boomers.

A staggering 85% of Brits aged 50 or over believe ads aimed at older people rely on stereotypes, with 79% claiming their age group is patronised by advertisers. And when you look at the silver haired, white clothed, coffee drinking images which omnipresent within all marketing aimed at the retirement industry, it’s hardly surprising.

We explored how the industry needs to shake itself up, after all it’s better to be like marmite and loved or hated than just liked, or in the case of most Boomers minds, disliked.